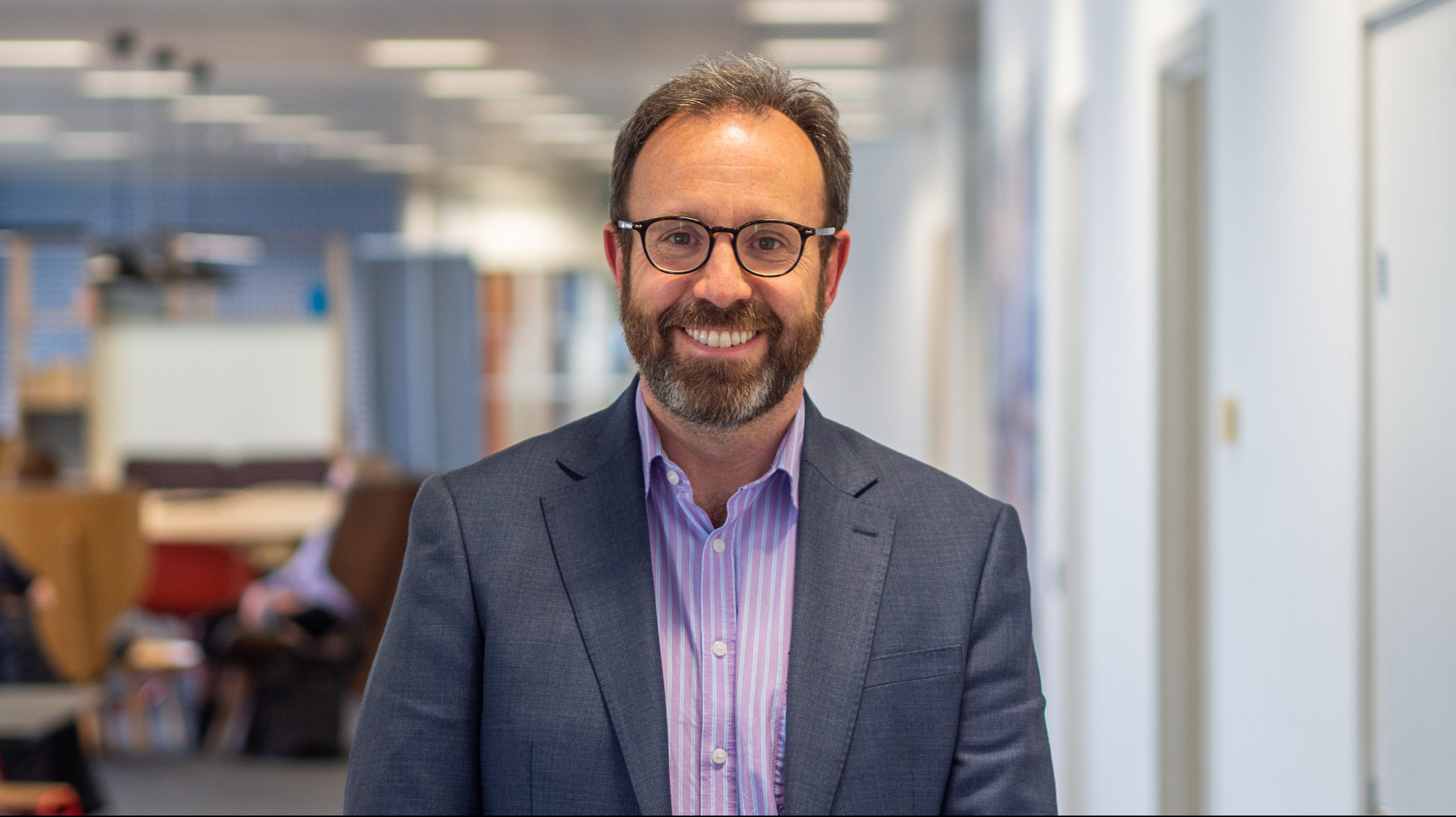 Russell Hobby’s passion for education is lifelong. Throughout his childhood, he saw numerous examples of brilliant educational and pastoral work carried out in schools – not least by his mother, who was a classroom teacher at his primary school. Russell notes “My brother and I were rather obstreperous young men. Fortunately, neither of us were taught by my mother – I think this was carefully avoided!”

After leaving school, graduating from Oxford, and working for Hay Group for 12 years as a management consultant in education, Russell was appointed General Secretary for the National Association of Headteachers (NAHT) – a group he led on strike for the first time in over 100 years. Russell feels that, as a country, we do not generally appreciate the function schools perform as the foundation of our communities. It is clear his time at NAHT helped shape this view, as he witnessed further examples of schools doing far more than just educating young people.

“They are the glue that holds many communities together, and it often goes far beyond teaching. I went to visit a head [teacher]’s office in Leeds and it was full of furniture – not because he was moving out, but because a family in school had been evicted and had nowhere else to go. He took in their furniture and went with them to the local council offices to help with their accommodation”.

Russell joined Teach First as CEO in 2017 after 7 years at NAHT. He jokes “as a management consultant I was tasked with making change where it wasn’t needed; as a unionist, I was trying to stop change whether it was needed or not! Teach First allowed me to go somewhere I could make the change that was needed”.

A lot has changed in the 5 years that Russell has led Teach First, but its mission remains the same – to give children from disadvantaged backgrounds a brilliant education. As Russell puts it “these young people rely on excellent teachers more than anyone… Put bluntly, if the poorest children in our country went to the best schools in the country, we would have a fair education system”.

One thing that Russell has sought to change is how Teach First achieves its goal. For many years, the organisation focused mainly on the individual – on getting passionate young teachers into the classroom. However, Russell realised it was necessary to empower and amplify this individual talent by ensuring the team around them were trying to do everything right too.

“We’re here to end educational inequality. The way we do that is, increasingly, to see the school as the agent of change. As a national charity, the schools we serve have a variety of needs and challenges. If we can see everything through each school’s lens, we can adapt what we do to fit the needs of their community.”

The way in which Teach First has looked to achieve this is by focusing on leadership teams in schools. One such programme, Leading Together, has been funded by the Huo Family Foundation with a grant of £750,000 over three years. In it, Teach First works with leadership teams to dismantle the barriers which are preventing their pupils from achieving their best.

The Foundation has also supported Teach First’s National Professional Qualification (NPQ) provision with a grant of £750,000 over three years. Their NPQs equip teachers in schools serving disadvantaged communities with the skills to be effective leaders and implement change that will improve the outcomes of their students.

The reason for this shift in method stems from a question Teach First often ask themselves – what would happen if they were to leave tomorrow? Ensuring that the whole school has received support gives them greater confidence that their work will have a long-lasting impact on the schools they work with.

The results are already promising. Of the schools that have been Ofsted rated during or after a Leading Together programme, 75% improved their rating. If they continue this legacy, it is clear they will play a vital role in improving the life chances of the students they serve.