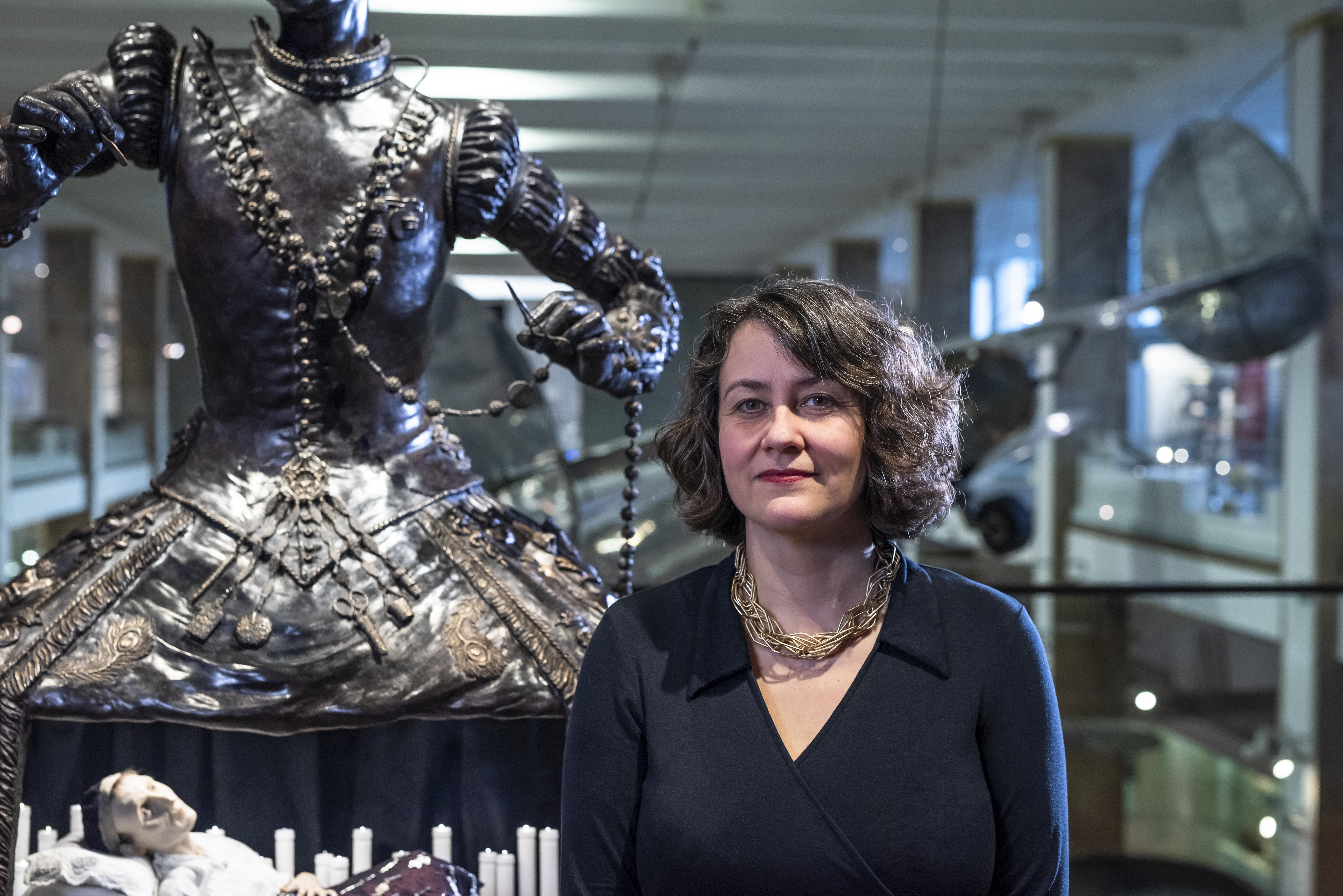 Natasha McEnroe, Keeper of Medicines at the Science Museum

As a child, Natasha McEnroe grew up just down the road from the Booth Museum in Brighton. “Every rainy day, my brother and I would go and stroll around the Museum and it really captured our imagination” she says.

Now, Natasha is tasked with capturing the imagination of the many visitors at the Science Museum. Her curatorial journey started when she worked as the Curator at Dr Johnson’s House in the City of London, which to this day holds a special place in her heart.

“I’m still a trustee [at Dr Johnson’s House], I got married in that house, and my twins were christened there! So in some ways, that was quite a hard act to follow”.

Her time at Dr Johnson’s house shifted her enthusiasm from historic houses to the history of medicine. This has led to roles at University College London’s Grant Museum of Zoology and Comparative Anatomy, and at the Florence Nightingale Museum, where her passion for the history of nursing and public health was put to good use.

These roles equipped her well for her current position as Keeper of Medicine at the Science Museum in London. It is a decidedly brilliant title, which she describes as being like “something out of Harry Potter”, and admits that, although it was not the main reason she went for the job, it definitely helped.

“It’s one of the perks of working in a museum – there are lots of good examples. There’s the Curator of Flies at the Natural History Museum, and Royal Museums Greenwich has a Curator of Time!”.

One of her many responsibilities at the Science Museum is to curate the upcoming Injecting Hope: The Race for a COVID-19 Vaccine exhibition (funded in part by a £205,000 grant from the Huo Family Foundation) which showcases the journey from the creation of the COVID-19 vaccines to their roll out.

As Natasha tells us, the idea for the exhibition originated as early as February 2020.

“We’ve always done rapid response collecting… but this time my brilliant team said ‘hang on, is this the big one?’ and started collecting immediately. We realised that we were living through history”.

The rush to collect as much as possible was partly spurred on from looking at their Spanish Flu artefacts: despite being a pandemic that killed over 100 million people, the museum has very little to display. They were keen to ensure that future generations would have plenty of information on the pandemic of our generation.

Collecting items for COVID-19 provided many challenges, as Natasha explains. “If it’s a physical piece of technology, it’s easy. But a lot of the pandemic was digital, making it harder to collect tangible items”.

This didn’t stop Natasha and her team getting creative. “We asked Professor Teresa Lamb [one of the key developers of the Oxford/AstraZeneca vaccine] what her most important items from developing the vaccine were, and she said her laptop, her tea-stained mug, and the Christmas pyjamas she spent most of her time working in. We asked if we could have them, she said yes, and so they will be part of the exhibition!”

The exhibition, which is due to open in November 2022, is the first time the Science Museum has co-curated an exhibition with Museums overseas. Exhibitions at the Science Museum in London, the Guangdong Science Centre in Guangzhou, China and the National Council of Science Museums in Delhi, India, will all open simultaneously before touring their respective countries. Much of the content will be the same, but as Natasha explains, the three countries have different curatorial priorities.

“In India and China, they prefer less written text and more digital and visual elements… which is something we can learn a lot from. Things like how vaccines work, or what a virus is, are often best explained through animation”. The Indian exhibition will also have a bus which will take the exhibition to more rural communities.

Injecting Hope: The Race for a COVID-19 Vaccine has a few goals. Firstly, to showcase the amazing work that went into developing the vaccine. Secondly, Natasha hopes it will answer questions posed by the vaccine sceptics.

“We’ll show that the COVID-19 vaccine was built on decades of research that made it possible to be developed in less than a year”.

And finally, and perhaps most importantly, she hopes it will encourage young people to consider careers in STEM.

“By shining a light into being a technician, being a researcher, the importance of science administration, as well as the jobs like being a nurse or doctor, we hope we’ll inspire more young people to think about science as a profession”.