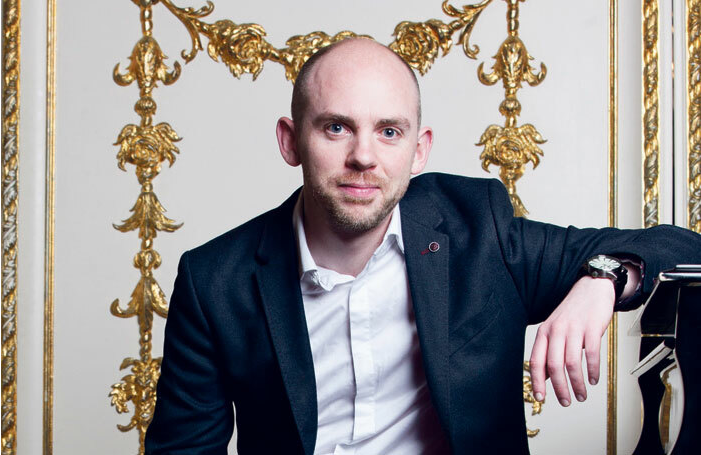 Oliver Mears, Director of Opera at the Royal Opera House since 2016

Oliver Mears has always been surrounded by classical music and theatre “I was fortunate enough to grow up in a house where people listened to classical music including opera, so I had it in my peripheral vision.” At school, he had his first taste of singing and drama, but it was not until university that he experienced opera for the first time. While at Oxford, Oliver was asked to write a play, which he went on to direct. It was this first experience directing, in addition to a visit to both ROH and the English National Opera (ENO), that gave him the theatre directing bug and set his career trajectory.

As he assisted directors like Richard Jones, Christopher Alden, and Phelim McDermott, the more special he found opera to be: “There are so many possibilities in this art form because it contains all other art forms. I was seduced by the combination of music, the drama, the staging, and this extraordinary experience of being in a theatre enjoying voices that have been so highly trained over so many years – it’s a high-wire act – that’s what’s exciting about it. No performance is ever the same and it’s utterly awe-inspiring.”

Mears co-founded an opera company called the Second Movement, organizing performances in unusual locations with the idea of creating unique experiences that challenged negative perceptions of the art-form. The pieces were purposefully accessible: short, sung in English and staged in contemporary ways. In 2010, Oliver landed his first big role as director of the Northern Ireland Opera (NIO). Being a non-local, this new responsibility allowed him to connect with the community and collaborate with the best talent in the area to establish the Company’s identity. For 6 years, his team staged a wide variety of operas, including the first home-grown, fully-staged Wagner performances to take place in Northern Ireland, and a performance of Benjamin Britten staged at Belfast Zoo.

In 2016, he was invited to join the Royal Opera House as Opera Director: “It’s been an exciting time. It is a delight to be able to create a strong identity for the company by putting house composers like Benjamin Britten and Handel in the foreground and raising theatrical standards too. We want to make sure what we do is at the same level or higher than the theatres in the area.”

As with many performing arts organizations, navigating the Covid-19 pandemic presented incredible difficulties for the ROH, with the cancellation of productions for several months, the departure of 25% of its workforce, and an abrupt decline in box office sales. Membership support, philanthropy, government loans, and funds from the sale of David Hockney’s Portrait of Sir David Webster meant the ROH could keep its head above board. “We tried to keep doing whatever work we could do, whenever we could do it.” This meant getting creative: short pieces were specifically written for one or two performers so social distancing wouldn’t be required and the Christmas carol concert was performed by a chorus dressed in their pajamas, all available to watch online.

The latest challenge for the ROH is the reduced funding from the Arts Council England.  Support for opera has been drastically reduced: ROH’s funding has been cut by almost £3m p.a. for 2023 to 2026, and its neighbour, the ENO, has lost all its funding:

“I do believe the government has a role in supporting the arts, admittedly some are more expensive than others. We’ve also done a huge amount of work to prove that it’s not an elitist art form – anyone can enjoy it. But for anyone to enjoy it, it does need a level of investment. And support in London must continue because it’s always been part of a two-opera company ecosystem: historically, in the 18th century, when Handel was creating his opera, there was another one down the road with Farinelli, which led to vital competition and increasing standards. In this regard, I hope a way can be found to save the ENO and continue to support opera in the capital.

Oliver thrives in the artistic environment: “Those creative moments in a room with brilliant singers are always the highlights. There is a warm atmosphere here with a level of calm professionalism – and not hysteria as people imagine! Often, the singers are far away from home and it’s important to give them a reason to come here.” Despite the calm ambiance, it is a “massive operation” with 800 to 900 people who put on a total of around 280 performances a year. Of all the performances Mears has overseen during his time at the ROH, 4/4 presented in October 2020 remains the most memorable and surreal: “It was only one performance and we had social distancing with everyone in masks. We were presenting these very strange ‘non-operas’ pieces which had been chosen because they had only one or two singers in each show. There was an incredible unease in the air, but we still managed to put on the show – against all odds.

As the holiday season approaches, Oliver hopes that the ROH can again provide a “magical portal to another world.”